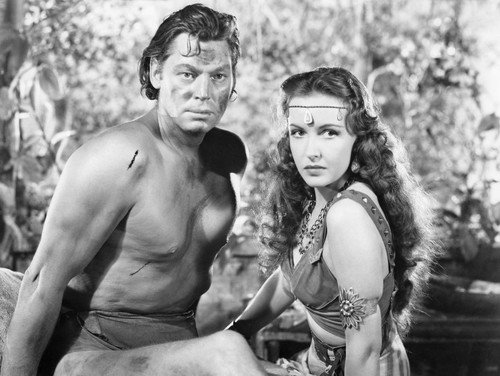 Johnny Weissmuller was a champion Olympic swimmer in the 1920s, famous for playing Tarzan in the 1930’s and 40’s black and white movies.

What’s interesting about the old Tarzan movies is how they draw a line in the sand of the cultural lexicon.

As a child watching Australian TV in the 1970’s, content was limited and involved consumption of the back catalogue of movies and TV shows, such as black and white episodes of Tarzan, Flash Gordon, The Lone Ranger and Superman. These programs were made many years, in some cases decades, before I was born. But I have a working knowledge of them, and they exist within my cultural reference.

Something changed in the 1980s.

The velocity of content creation grew to such an extent that consumption of back catalogue became nearly impossible. So much new content was being created that networks no longer needed to use (cheap) back catalogue to fill their airtime. So kids from the 1980’s onward no longer consumed the back catalogue.

Moving into the Internet era, the velocity of new content was matched across all mediums, from movies and TV to print and audio as the Internet drove easy global access to content anywhere. Legacy business models have complained about the effect of piracy on their business models but the real threat is declining attention because that’s what an audience is, people’s attention.

Think about all the books, magazines, music, movies and TV you have. How many of each do you have on your to-do list? At the rate new content is being released, if you stopped doing everything else in your life right now (including work) and just consumed content, you probably could not read every book, watch every movie and listen to every song you wanted to before you die, because new content is being released at an increasing rate.

This is having an impact on how we relate to media in general, and the cultural touchstones we have. People my age may know who Johnny Weissmuller is, despite his fame being decades before I was born. But now content has its time. Not much transcends the moment and fame is much less enduring.

The decline of newspapers also has a footnote here. The woes of the newspaper business model have been well discussed as the traditional revenue streams were lost to the Internet, but there’s another factor being ignored, time share of people’s attention. As a general source of information, the newspaper is competing for a slice of attention against highly specific information sources.

Newspapers are a good source of information I didn’t know I needed but put a paywall in the way, and frankly, I just don’t miss the content at all.

In a world of custom content sources such as Flipboard, we build our own content experience. This creates an exciting future of relevant, engaging content for each of us. But it also marks an end of the shared media experience.

That is the Weissmuller effect.