I’ve been a Google user since they surpassed Alta Vista.

Google got an unshakeable lock on my searches.

Not just mine. I remember working at ninemsn, they once changed the internal DNS pointers for Google to get us to try and use Bing (when it was called something else).

That was several years ago. Since then, Bing has turned into a decent search engine, but has never been able to shift my default behaviour of using Google.

Until now, and it’s got nothing to do with search.

For a long time Bing has had a striking homepage image each day. It has never made me use Bing instead, but it was a neat trick.

The Bing Desktop application changes your desktop background each day to a striking new image. I have yet to see a bad picture, and some have been so good they have attracted the attention of the whole family.

A Bing search bar is now installed on my desktop and Google isn’t. I have changed the default position to hide it at the top of the screen, but I have found myself using Bing where I would previously used only Google because it’s good enough and I value the daily picture enough to have it at my fingertips. I still type www.google.com by default in the browser address bar, but they have a slightly lower share of my searches.

My kids think Bing is cool. 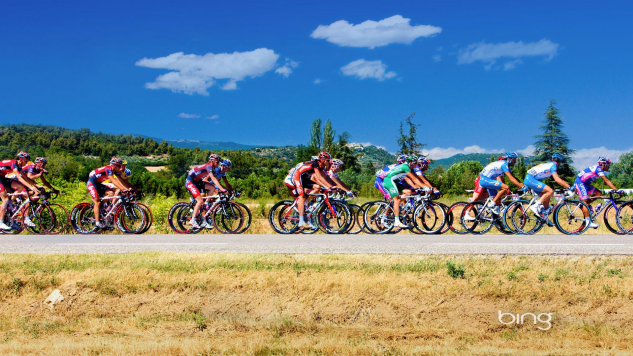