The future of energy… and the world 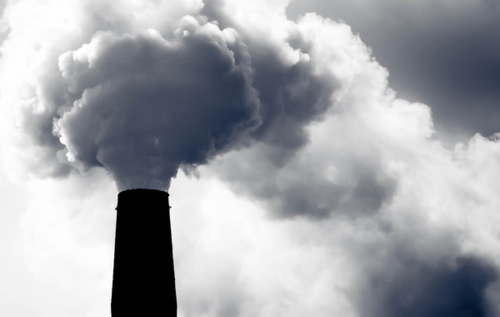 From the discovery of fire, human existence has been tied to our use of energy. Fire based energy consumption persists today, through the burning of oil and coal to generate power for cars and electricity. Energy is so central to our society, we have become blind to how it structures our social and economic philosophies.

I first began to understand how energy policy was a subtext to the modern world when I watched The Prize a documentary about the history of oil. As someone who had studied the history of the second World War, the lens of oil on the conflict opened my eyes to many things I had never considered. The movement of armies in Europe, Asia and the Middle East was driven by the possession of strategic energy assets. US policy in the Middle East since then has been about protecting energy supply for the American and global economy. Regimes that no democracy should associate with are tolerated and even courted for their possession of oil.

Social order is a balance between basic demands (food, water, shelter, comfort) and supply. If anything affects the balance of supply to fail to meet the minimum expected demand, it results in social crisis. Thanks to plentiful energy supply, all of the basic demand factors have been met at increasing levels of productivity since World War Two. But imagine if there was a constraint on fuel supplies, perhaps you couldn’t travel to your job in the city anymore, so you lost your income. Or food could not be transported from 500km away, or refrigerated and stored. Until you could grow your own, how would you eat? What lengths might some people go to secure their food supply if it was suddenly scarce? You’d quickly discover which people in your neighbourhood own guns.

Everything we take for granted right now, including the device you are reading this on, is reliant on us burning stuff.

If we know that fossil fuels are finite resources, they are by definition going to be exhausted at some point. Perhaps we’ll find other stuff to burn but at the rate we are increasing energy consumption, at some point it all has to end. That’s when the world as we know it ends. Add climate change and the damage caused by pollution and the case for burning stuff is weak. Our error is that we have taken a technology that was always a transition phase and mistaken it for the end point. Because the problem exists beyond the timescale of human life expectancy, we’ve failed to address it.

We know that there are alternatives to fossil fuels. Renewables such as solar and wind have been making great progress, but critics have highlighted the issue with variable supply. The sun doesn’t always shine and the wind doesn’t always blow. Nuclear has been raised as a solution to base load energy needs, but it is not without its own issues of multi-generational pollution impact.

Energy storage is where the equation really changes. Batteries. Re-usable energy storage is critical to the next phase of human society. Batteries are already powering our mobile energy needs from laptops and phones to cars. The next step is household and commercial applications. Technology is advancing quickly. Tesla has released the Powerwall and Australian company Redflow is soon to release the Zcell based on different and possibly superior technology.

A distributed grid has multiple benefits over a centralised grid, the biggest of which is that there are no single points of failure. Many of the costs inherent in the current grid system are redundancies we pay for as consumers to mitigate the risk of a single point of failure. At a political level the decision is simple, the risks of catastrophic failure in the power grid are unacceptable. So the power networks are gold plated and we pay for it. It’s a policy setting based on cost benefit analysis of the risks. In a distributed grid, the risk calculation is very different, and the impacts of failures are different and substantially reduced.

When an individual household can operate for 24-48 hours off grid from their own storage system, we don’t need guaranteed 99.99% up time. When a household can have a power control system smart enough to use stored energy for peak demand, the power grid doesn’t need to be built to support every house in Australia turning on the air conditioning and plasma TV at exactly the same time. We are paying for a grid we will not need.

This creates an interesting scenario for policy makers. As much as 50% of the current cost of energy bills are network charges, not usage charges. As households become energy self-sufficient, they will start asking questions. Why pay for network charges for a service that may export and sell my energy to other people? Why should I be charged a premium for adding to the grid operator’s bottom line? What is the point at which I’m better off just adding more storage and cutting the power cord?

Households will begin to ask themselves these questions and increasingly disconnect from the grid. For the entrenched interests in the industry, this is already the nightmare scenario. Some are demanding compulsory grid connection, so you’d have to pay a connection even if you don’t want or need one. So far policy makers have resisted this outrageous rent seeking from an industry that is heavily subsidised and subject to limited market forces. But as defections from the grid accelerate, they may be tempted to distort the market further by submitting to grid operators fear mongering.

The best policy outcome is one where small energy generators are encouraged to stay connected to the grid, and rewarded for doing so. Like the Internet a distributed energy network benefits from more connections. The more generators that remain connected to the grid, the more resilient the grid is. The more distributed storage, the more resilient the grid is, especially in periods of peak demand. Grid operators should be paying households or co-investing to generate and store energy. They should pay a premium to households when they access stored energy when it may be required in a peak demand period. Network charges should be decreased and usage charges increased. That will drive behaviours based on market forces of supply and demand.

Penalising households who invest in renewable energy production and storage is not an answer to the worlds energy problems. Marketplace solutions exist today for the challenges we face, including increasing energy demands, pollution and climate change. Policy settings need to encourage people to adopt these solutions, not subsidise industries that are structured to make the problem worse. The status quo is a transitional phase, not the end point. We need to move into the next phase of energy production and storage. The technology exists. If you’re not having this discussion with your political representatives, you should be.